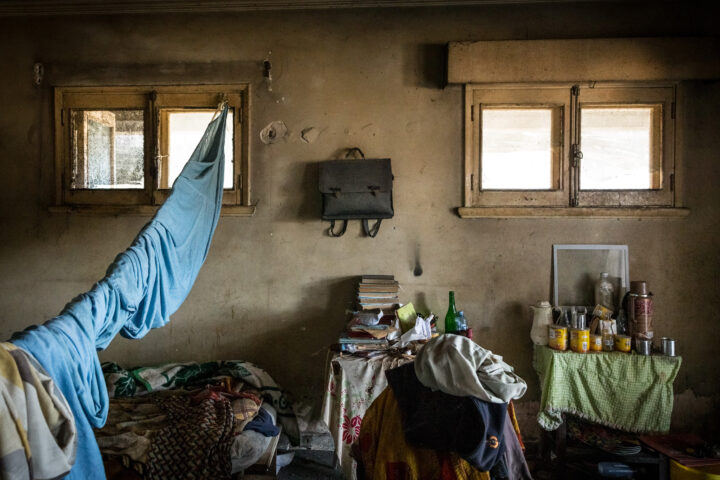 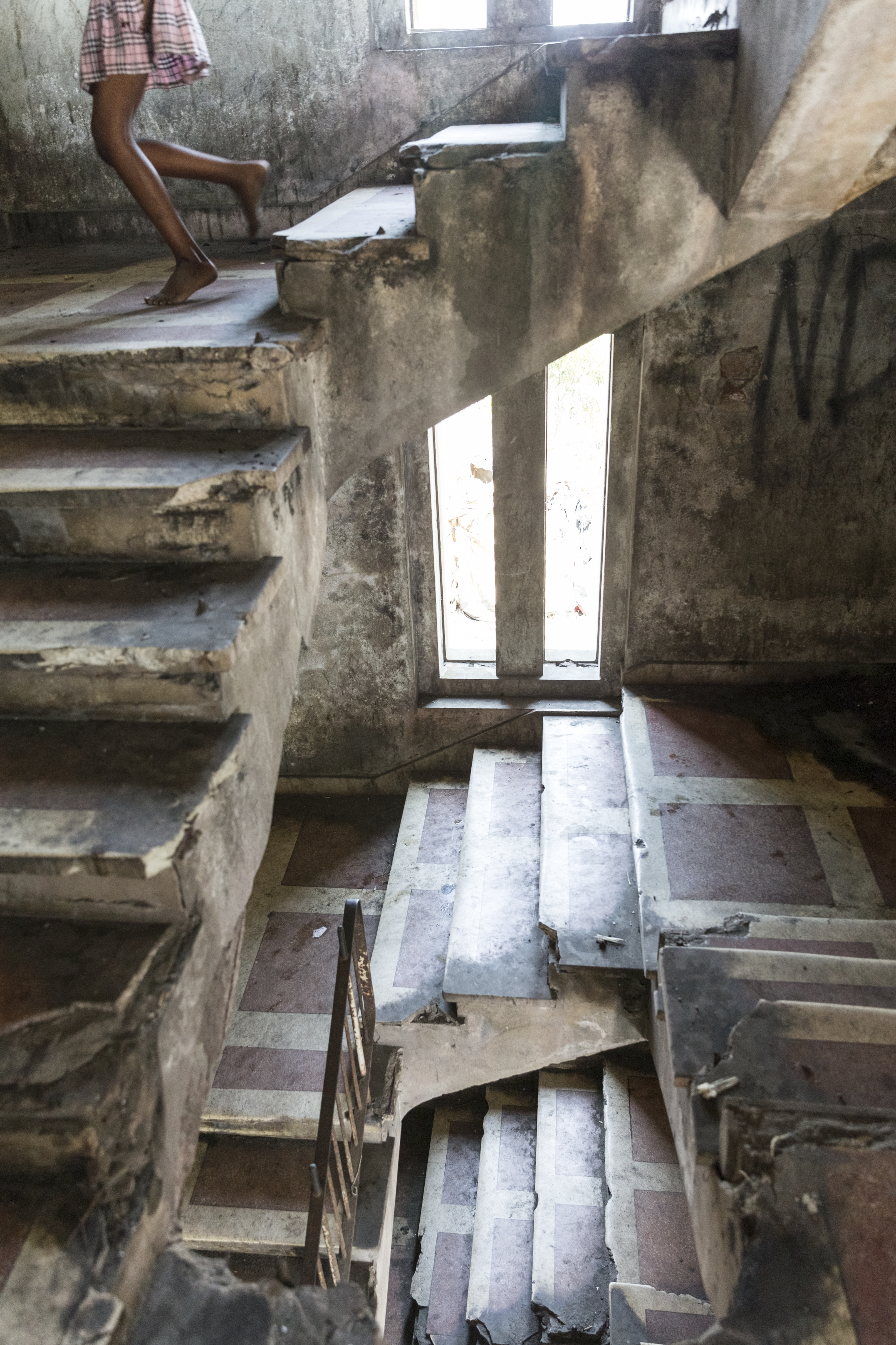 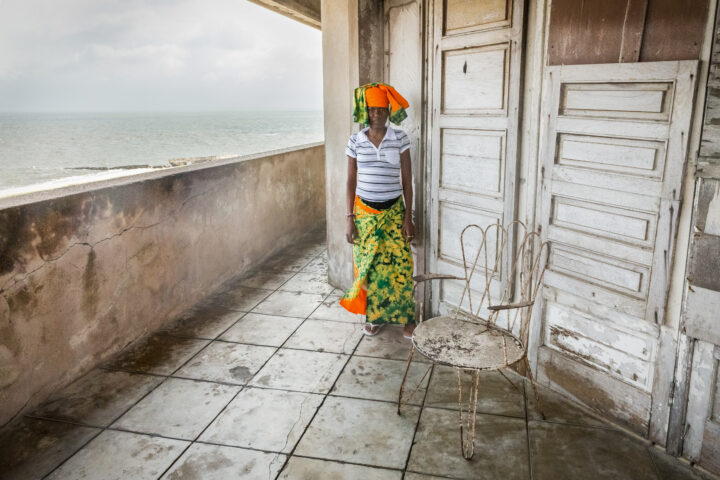 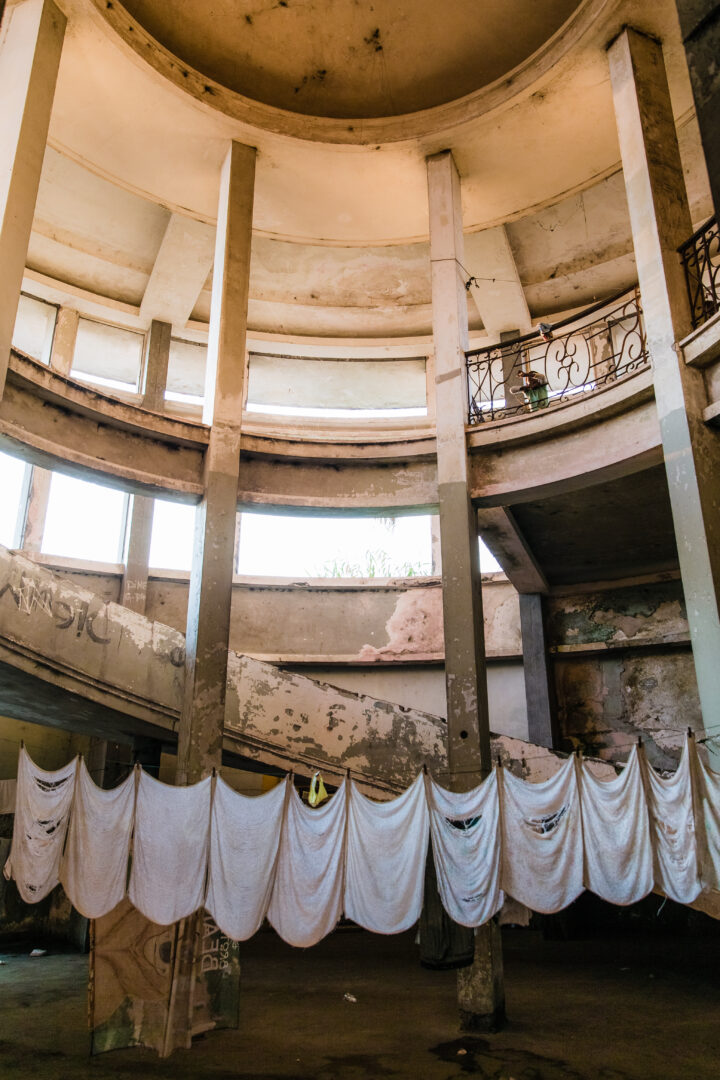 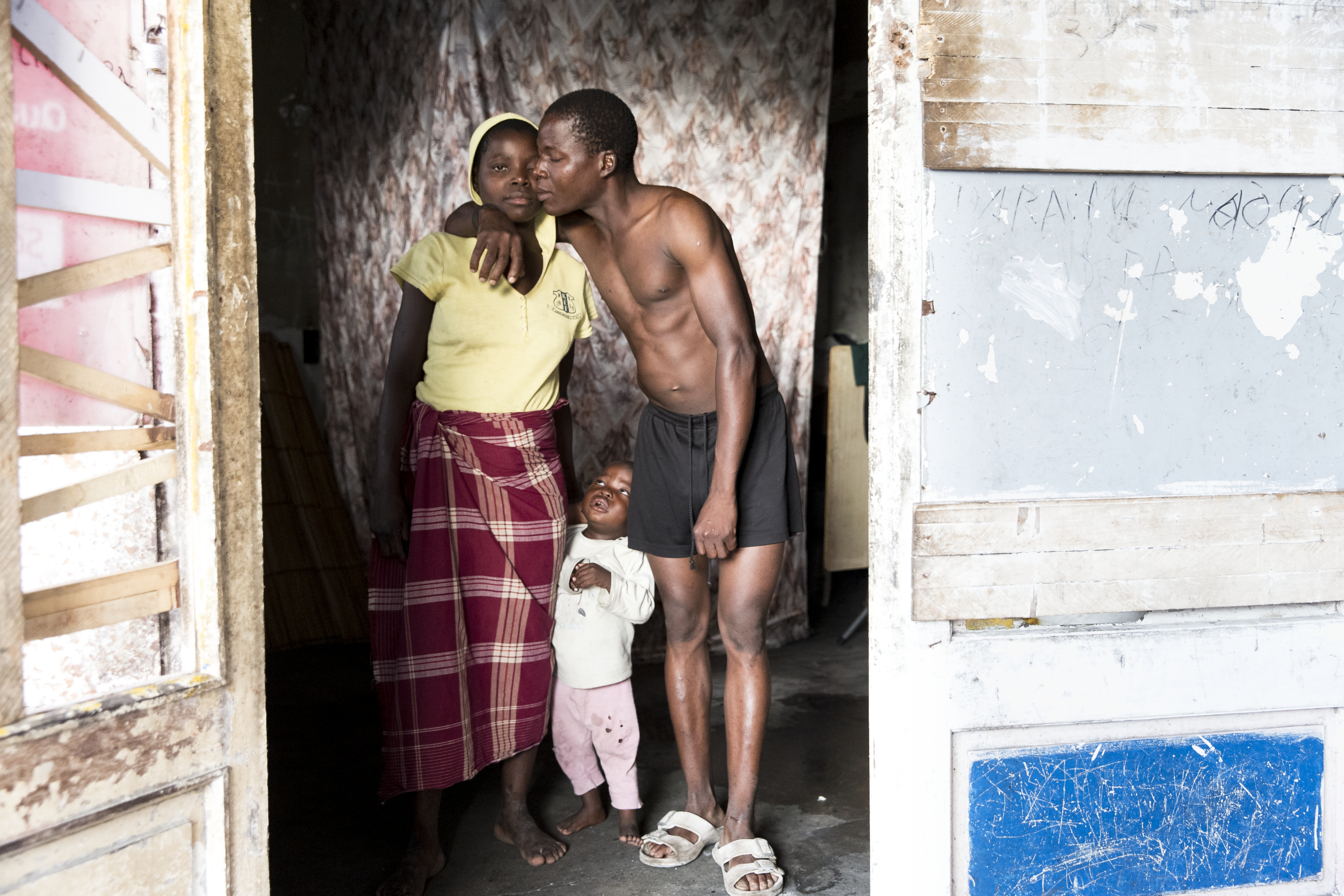 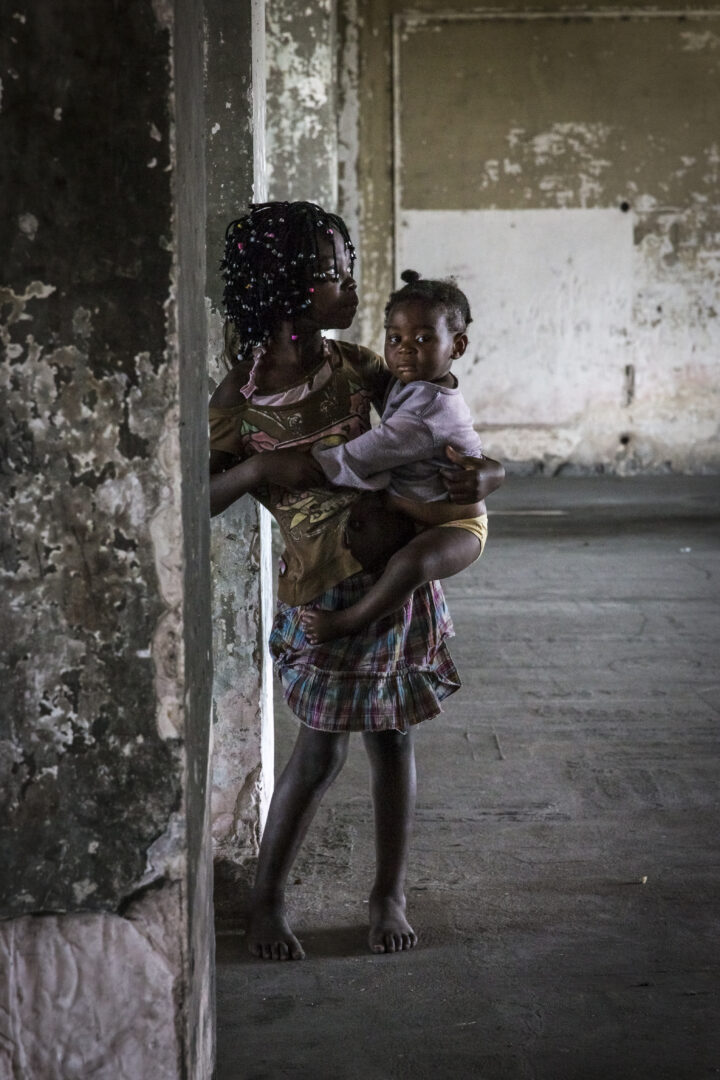 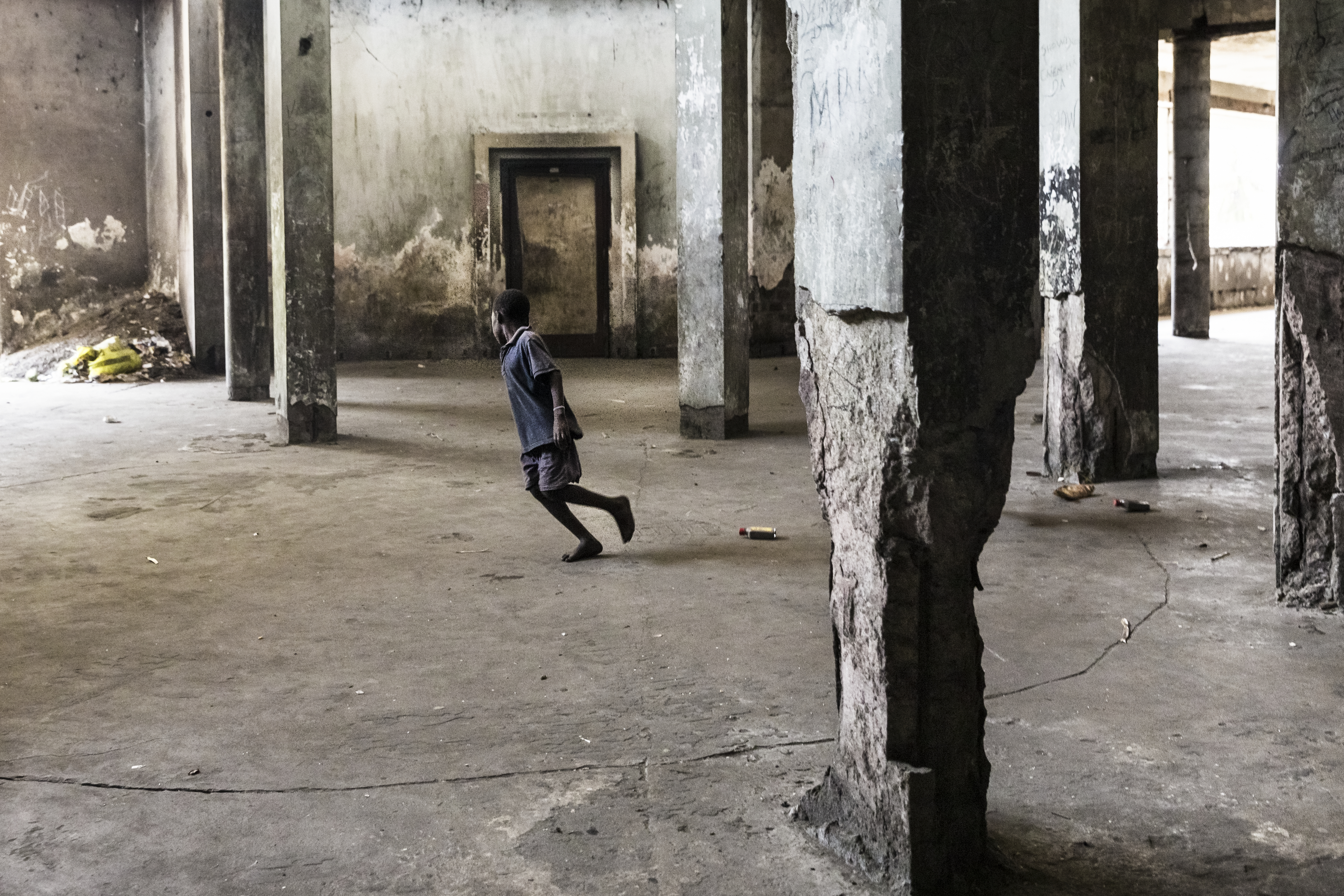 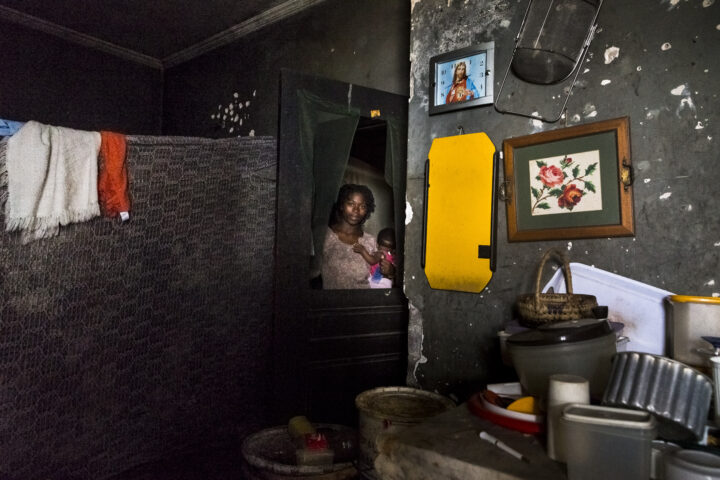 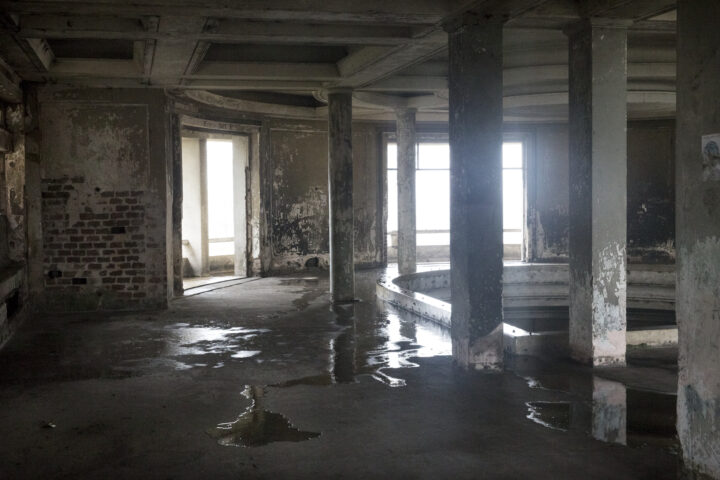 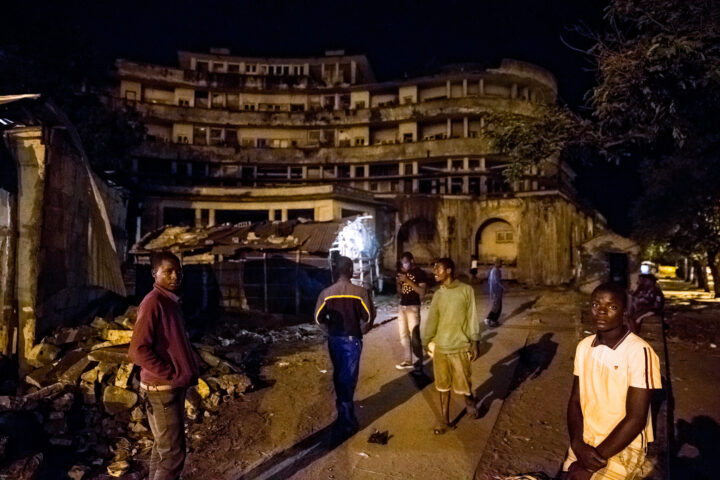 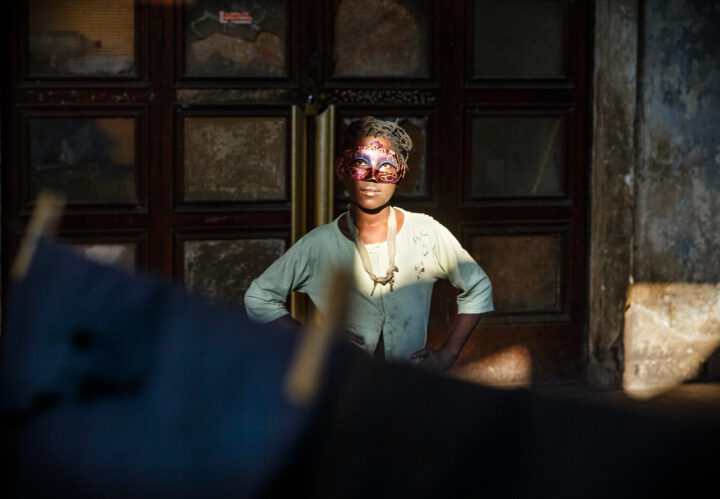 The “Grande Hotel” was built by the Portuguese during their gigantic prosperity in Mozambique. Opened in 1954, until the mid-1970s it was the most luxurious hotel on the African continent. Situated on the beach in Beira, it was the only one in this part of the world to have an Olympic swimming pool, three luxurious restaurants and staff far exceeding the number of guests. Even each elevator was operated by two employees. The “Pearl of Africa”, as it was proudly nicknamed, was known to be a gambler’s paradise. But this unrealistic investment quickly went bankrupt, and the change of government sealed its collapse.

Today, Grande Hotel is a haven for thousands of homeless people. This is the largest African squat. The rapid population growth in Beira, which has increased its population more than tenfold since the 1950s, post-colonial economic and social challenges resulting in huge unemployment, and natural disasters make often event entire, multigeneration families move there – as they are often left homeless from day to day. There is no water or electricity in the hotel. Many of my interlocutors, when moving into the hotel, hoped that they would quickly get back on their feet and move out. However, only a few manage to escape the “White Elephant” as Hotel Grande is called in the new reality. 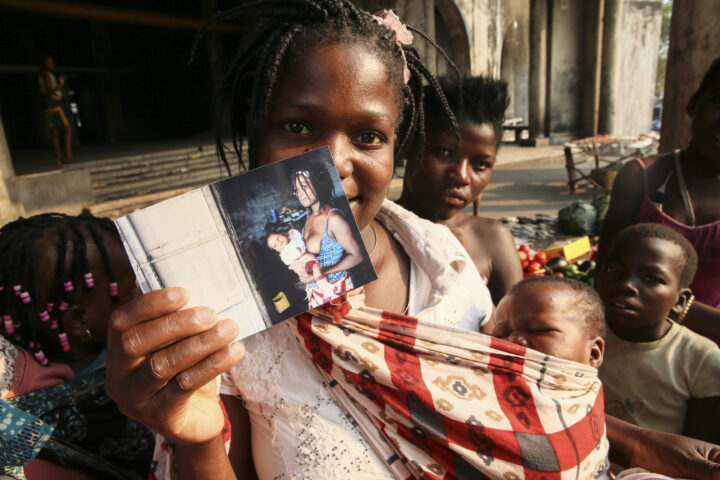